Well, there is no convincing reason why we have to make our blog entry in English. The intended readership of our blog is limited to Japanese.

Actually, when most Japanese people say "Japanese, " they mean ethnic Japanese.
In other words, by more or less exclusively using the term, they almost unintentionally forget about the fact that it is really defined by nationality, or citizenship.

I always wondered like when a plane crashed, a Japanese reporter might say "there seems no Japanese on board the plane."
How can you tell? By looking at the list of passengers and finding no Japanese-sounding names?
Have they thought about there are many Japanese citizens with non-Japanese names?

This is one example of how we are naive about using the term "Japanese."

What I want to say is that there may be a readership of Japanese blogs whose native language is not Japanese.
That readership should be so tiny that we may not think about it at all.
At any rate, the net browser offers translation tools if they need.

Now, when I started Twitter, I thought I'd tweet in English occasionally so that my twitter wonderland may become more interesting, being connected with English users all over the world. My expectation is being realized somewhat.

Let's come back to the language barrier problem that we Japanese are habitually setting up ourselves.
We inadvertently shut ourselves up and limit the extent of communication, so we think, within Japanese(-speaking) twitterers, bloggers, etc., if we hold fast to the naive idea of the Japanese as exclusively ethnic and Japanese-speaking people.
This way of thinking is not healthy in the present hugely enlarging internet world. It's basically cosmopolitan, multicultural, multilingual, inter-faiths communities including atheists.
Even though we write in Japanese, we should be aware that our readership, potentially at least, is this entire internet community. (I'm half serious saying that!)

Recently, it is reported that Japanese top selling internet retail company, Rakuten, decided to make English the language to be used in the company from top to bottom as long as there's one non-native Japanese present in a meeting room.
A bold step! But in the business world, a company intending to have world-wide presence, the choice is not so outrageous. It's just that it sounds outrageous to Japanese employees.

Now our first entry in English is to show we are here to engage with people of all languages. But we expect that to have real communication both have to do their part in overcoming the language barrier. (I do not mean the English language alone solves the problem, though it helps to clear it immensely.)
We tried to show a tiny bit of effort.
Hope someone somewhere gets the message. 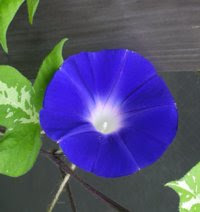