I completely disagree. I believe we should be more confident about our status as a Christian country, more ambitious about expanding the role of faith-based organisations, and, frankly, more evangelical about a faith that compels us to get out there and make a difference to people's lives.


People who, instead, advocate some sort of secular neutrality fail to grasp the consequences of that neutrality, or the role that faith can play in helping people to have a moral code. Of course, faith is neither necessary nor sufficient for morality.
Many atheists and agnostics live by a moral code - and there are Christians who don't. But for people who do have a faith, that faith can be a guide or a helpful prod in the right direction - and, whether inspired by faith or not, that direction or moral code matters.


THIRD, greater confidence in our Christianity can also inspire a stronger belief that we can get out there and actually change people's lives, and improve both the spiritual, physical, and moral state of our country, and even the world.

It's all quite baffling and at the same time quite encouraging. Christian faith is much more vulnerable to comfortable indifference than to hatred and opposition. It's also a variation on the normal "Sword and Grail discovered" stuff that seems to be a feature of Easter week news.


Thatcher was the most explicit and influential political user of the Bible among political leaders over the last 40 years. 
Indeed the authors used the same stylistic formula for their two previous books Killing Kennedy and Killing Lincoln. Both were bestsellers, and Killing Jesus is already number three on the New York Times bestsellers list. Why? Because they are fabulously easy to read: because there are good guys and bad guys, with very little in between; because there is lots of journalistically juicy, salacious gossip; and because, as with some historical fiction, you learn quite a bit about a particular era without having to think too much.

Just this morning I was reading Acts chapter 5.

Since I started reading N. T. Wright, one of the things I acquired from him and his writings is a historical viewpoint when reading the Scriptures.

When you read the Scriptures from the historical viewpoint, certain things suddenly come to light in the way you would've never expected.

I've had many such aha moments but today's entry is not one of those to share here.

I've been catechizing Mr. Y for the past four months to be baptized this Easter and since our church, being an independent congregation, don't have ready catechetical materials as well as for other liturgical/sacramental ones, I kind of used materials and insights from other Christian traditions.

(To my mind, the Roman Catholic Church has many things you can learn from.)

The basic catechetical materials for me and Mr. Y is the Apostle's Creed so we discussed each point and "unpacked" it by exploring the corresponding Scriptural passages along the way.

I emphasized again and again the historical nature of the Christian Gospel and explained how the Gospel proclamation was formulated into the form as the first disciples, the Apostles, came to realize that Jesus, after all, was the Messiah as the Scriptures have witnessed.

Now, as you read Peter's apostolic preaching on the day of Pentecost, you notice his Gospel proclamation was Israel-specific and very much so because Peter was accusing his fellow Jews of their complicity in killing Jesus on the cross by turning him into the hands of their enemy Rome and refusing Pontius Pilate's amnesty offer to take him from the execution.


this man, handed over to you according to the definite plan and foreknowledge of God, you crucified and killed by the hands of those outside the law. (Acts 2:23, NRSV)


This point is repeatedly emphasized in the following three chapters.


The God of Abraham, the God of Isaac, and the God of Jacob, the God of our ancestors has glorified his servant Jesus, whom you handed over and rejected in the presence of Pilate, though he had decided to release him. But you rejected the Holy and Righteous One and asked to have a murderer given to you, (Acts 3:13-14, NRSV)

For in this city, in fact, both Herod and Pontius Pilate, with the Gentiles and the peoples of Israel, gathered together against your holy servant Jesus, whom you anointed, (Acts 4:27, NRSV)

saying, “We gave you strict orders not to teach in this name, yet here you have filled Jerusalem with your teaching and you are determined to bring this man’s blood on us.” ...The God of our ancestors raised up Jesus, whom you had killed by hanging him on a tree.  (Acts 5:28, 30, NRSV)

In other words, Jesus of Nazareth didn't die for "me" in the first place.

He was killed by Herod, Pontius Pilate, the leaders of the Sanhedrine, and some of the people gathered in Jerusalem at the historic Passover Feast around ca. 30 C.E.

So Peter's appeal to repent was, I think, very specific. It was their sin of killing innocent Jesus by turning him to the hands of their enemy Rome and putting him on the cross.

Now the roles in the "law court" were reversed. It was now the Jews who were being accused of their guilt.

Jesus was vindicated by God's raising him on the third day.

Jesus was in the right; they were in the wrong.

The apostles were, with the help of the Holy Spirit, prosecuting the true guilty party.

The conscience-stricken Jews who accepted Peter's message confessed to their guilt in this act and got baptized.

So that's the way the original Gospel was proclaimed.
It was not a proclamation of universal salvation by accepting Jesus' vicarious death on the cross.

At least, the first Christian converts were the Jews who "killed" Jesus.

Of course, Jesus' sacrificial death was established from the beginning (I Cor. 15:3).
And its universal meaning was in view throughout the New Testament.

But we should not lose sight of the fact that the Gospel proclamation was, at the beginning, very specific about who was in the right and who in the wrong.

In that light, John's following passage becomes relevant, at least, to me.

And when he comes, he will prove the world wrong about sin and righteousness and judgment:  about sin, because they do not believe in me; about righteousness, because I am going to the Father and you will see me no longer; about judgment, because the ruler of this world has been condemned. (John 16:8-10, NRSV)

(This is a very sensitive issue and I never intend to be anti-Semitic as you can see from the above construals, I hope. And so far as the atonement theology of vicarious death by one man, it's the High Priest Caiaphas, not the apostles, who first insisted. See, John 11:49-51.)

But the wide range of developmental potential these cells have does not necessarily make them embryos. There’s an old motto in biology, attributed to the great seventeenth-century anatomist William Harvey: “omne vivum ex ovo,” or “all life from eggs.” In the animal kingdom, this doctrine still holds true; embryos are fertilized egg cells, and the egg cell provides a great deal of material necessary for the embryo’s early development. Just because an adult cell has been “reprogrammed” to a state of developmental immaturity that allows it to branch off into any of the different cell lineages, that does not mean that it will be able to undergo the highly coordinated development of an embryo on its own, or even together with other such reprogrammed cells.

We should still take the possibility seriously, however, that this new method of reprogramming might make embryos. Rumors are already circulating that scientists have attempted this in mice. According to a story in the New Scientist, one of the co-authors of the study, Charles Vacanti, said that he asked an unnamed collaborator to transfer a spherical cluster of STAP cells to a mouse. Vacanti reports that the cells began to develop as a fetus, but that halfway through the pregnancy, the fetus stopped developing normally. According to Vacanti, “There was some sort of glitch—which is probably a good thing due to the ethical issues that would occur if we were able to create a live clone.” But if it is true that these cells are able to develop as embryos, then the fact they develop defectively is not reassuring. Okotaba, for her part, said that her team was interested in regenerative medicine, not human cloning. 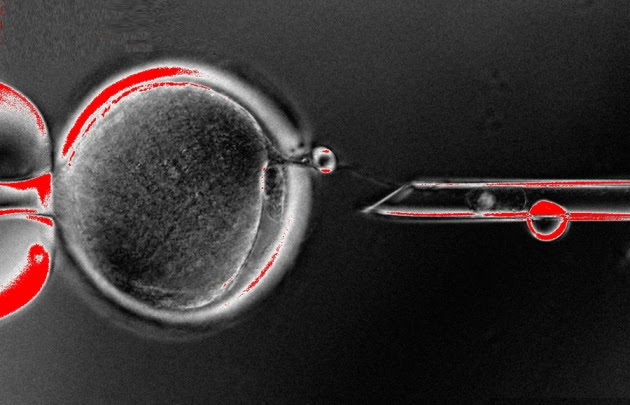 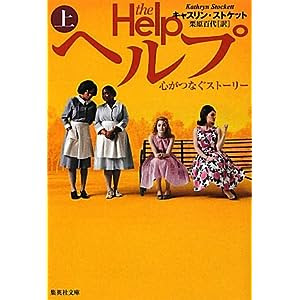 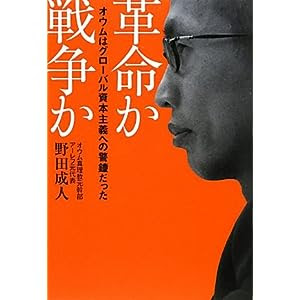 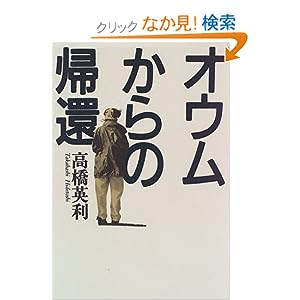 "One-quarter of Yale graduates entering the job market were going into finance or consulting, and Keegan saw this as a surrender of youthful talents and dreams to the altar of practicality."

“When he comes, he will prove the world to be in the wrong on three counts: sin, justice, and judgment. (KNT)